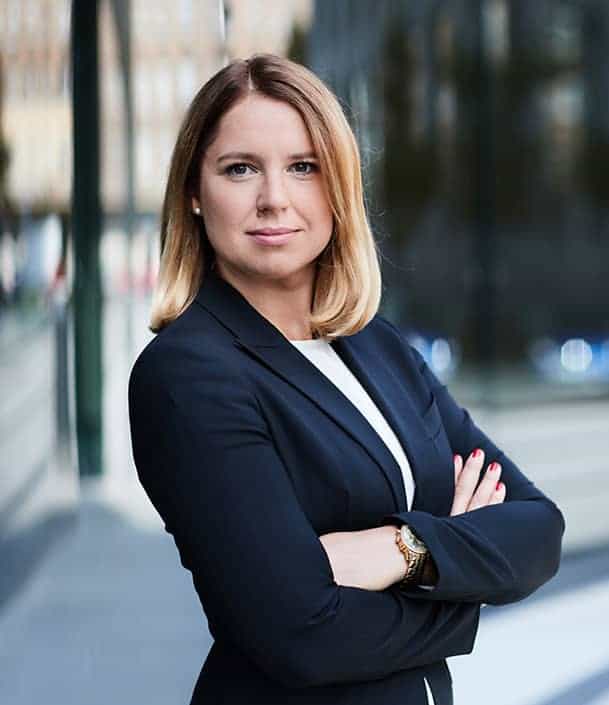 She has extensive experience in conducting court cases. She is a member of the Labour Law Association (Stowarzyszenie Prawa Pracy – SPP). Mecenas Marta Kopeć is a personal legal advisor to Members of Management Boards, Managing Directors as well as HR Directors of employers operating in Poland. Marta Kopeć is also the author of numerous legal opinions and articles on labour law. In the law firm she supervises the Department of Business Law.

Her passion for labour law has accompanied her since her studies, which she completed by defending her master’s thesis in the Department of Labour Law under the title “Work-Life Balance, i.e. the balance between professional and private life”, written under the direction of prof. dr hab. Małgorzata Gersdorf. For many years of work in law firms, as well as within her own business activity, Marta Kopeć has been advising on labour law, conducting court disputes in this area, as well as handling collective disputes on behalf of employers, creating documents such as employment contracts, non-competition agreements, work regulations, anti-mobbing policies and many others. Her experience in employee litigation is certainly invaluable as it helps in the choice of the best solutions to prevent problem situations or to deal with existing ones.

Mecenas Kopeć is also the editor-in-chief of the blog on legal issues www.jakzwolnicpracownika.pl.

He specializes in criminal cases, press law and personal interests. He conducts litigation for leading politicians and journalists. He advises the presidents and supervisory boards of the largest Polish companies. Co-author of numerous amendments to the law, including the amendments to the Criminal Code and the Code of Criminal Procedure. He supervises the litigation department in the law firm.

He gained his professional experience, among others, in several well-known Warsaw law firms, as well as in the Embassy of the Republic of Poland in Rome, the Ministry of Justice and the Polish Parliament, where he, among others, co-authored a report from the Parliamentary Investigation Committee to examine the case of the legislative process of the laws amending the Act of 29 July 1992 on games and betting and the executive regulations issued on the basis of those regulations in the scope of games on low win machines and video gaming terminals and to examine the lawfulness of the operation of government administration bodies investigating the process [the so-called “Gambling Committee”]. Author of numerous legal opinions related to the legislative process, including those commissioned by the Chancellery of the Prime Minister.

Member of the Supervisory Board of Powszechny Zakład Ubezpieczeń S.A . and Deputy Chairman of the Supervisory Board of PKP IC. A professional mediator of the Mediation Centre at the Supreme Bar Council registered on the list of mediators of the District Court in Warsaw and a lecturer for the advocate training at the Bar Association in Warsaw. Since December 2020, regular mediator of the Arbitration Court at The General Counsel to the Republic of Poland.

From an early age he has been involved in pro publico bono activities, including the function of the Chairman of the Founders’ Council of the Responsible Citizens Foundation. Comments current events in legal terms in the press and on television.

Winner of the prestigious “Rising Stars Lawyers – Leaders of Tomorrow” competition organized by the daily Dziennik Gazeta Prawna and the Wolters Kluwer publishing house under the patronage of President of the Supreme Bar Council and President of the National Bar Association of Attorneys-at-Law. Recommended as a lawyer in prestigious international and Polish rankings, i.a. in the ranking of the daily Rzeczpospolita as an expert in the fields of Criminal law for business and Technology, media, telecommunications.

He was also additionally awarded for his pro publico bono activity by the District Bar Council in Warsaw.

In 2019, he was awarded the Medal of the Centenary of Regained Independence by President of the Republic of Poland for his social and professional activities, in particular for pro bono activities and education of young people.

In February 2020, Maciej Zaborowski as one of 5 advocates, was awarded in the prestigious Ranking of “50 Most Influential Lawyers in Poland, prepared by journalists of “Dziennik. Gazeta Prawna.” newspaper. 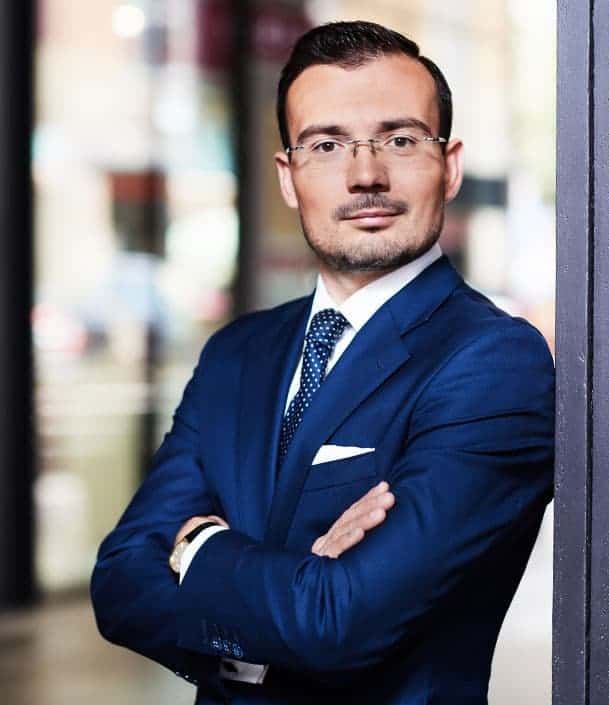